The Van’s Headlights: The Life and Times of a British Conglomerate 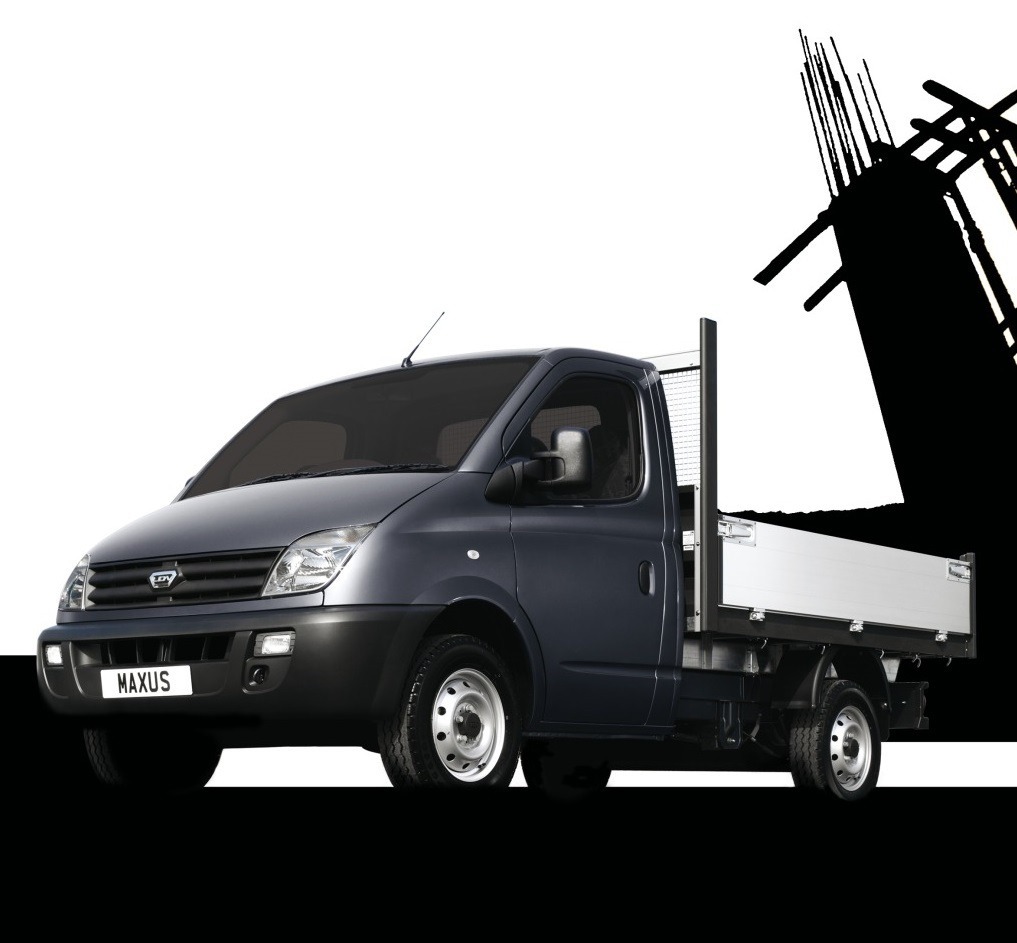 Successive UK politicians continue a generational battle to keep Britain’s homegrown manufacturing alive, even while pure economics would have consigned them to history many times over.

One particular manufacturing company that had more problems than many over the years, with name changes, mergers and buyouts rarely improving its profit forecast was the British powerhouse of British Leyland Motor Corporation Ltd (BLMC). In this article, Glass’s Chief Commercial Vehicle Editor, Andy Picton, takes a potted look at BLMC’s struggles with light commercial vehicles (LCVs).

BLMC formed in 1968 with the merger of British Motor Holdings (BMH) and Leyland Motor Corporation (LMC) and encouraged by the Wilson Labour Government (1964–1970), created an automotive group with a 40% UK market share. At its peak, BLMC owned nearly 40 different manufacturing plants across the UK.

Even before the merger, the BMH stable of marques competed with “badge engineered” cars and LCVs. The merger added more internal competition from the LMC marques. What followed was a story of ineffectual management, poor product design and quality, serious industrial relations problems and the 1973 oil crisis. Combined, this resulted in an unmanageable, financially crippled behemoth heading towards bankruptcy. The company’s 1970’s legacy created an infamous monument to the industrial turmoil of the period.

Many vehicles including LCVs were badge-engineering exercises offered under different brand names including Austin and Morris. For LCVs, this policy remained until 1970 when the Morris J4 and Austin 250JU became Austin-Morris products.

By the early 1970s, the outdated vans were rapidly losing ground to the Ford Transit and Bedford CF. Plans were put in motion to build and launch a new van that would equal the competition. The all-new Sherpa launched in late 1974, with both Leyland and Austin Morris badging.

Despite containing profitable marques such as Jaguar, Rover and Land Rover, as well as the best-selling Mini, British Leyland had a troubled history, leading to its eventual bankruptcy in 1975 and subsequent part-nationalisation.

The Wilson/Callaghan Labour Government (1974–1979) took control, creating a new holding company named British Leyland Limited (BL) of which the government was the major shareholder. The company was now organised into the following three divisions:

By 1977, all vans were sold under the Morris brand. A further change saw the Sherpa move into the Land Rover division in 1981, under the newly created Freight Rover brand.

By this time the Sherpa van was unsurprisingly dating quickly against the competition. Sales of the Transit far outstripped the Sherpa, whilst imported vehicles from Volkswagen, Fiat, Citroen, Renault and Iveco were gaining a foothold in the market.

With the Sherpa under its wing. Freight Rover commissioned the K2 facelift in 1982 renaming it the 200. In 1986 the company introduced the wider bodied 300 van and chassis derivatives opening previously untapped sales opportunities.

Success followed and Freight Rover was moved into the Leyland Trucks Division. With improving profitability, the Freight Rover business caught the eye of General Motors in 1986. At this point, they made a bid to buy both the truck division and Land Rover from BL. The deal was vetoed by the British Government because they did not want to sell the iconic Land Rover brand to the American company. Although the truck division was still available for sale, GM’s interest waned and Dutch company, DAF Trucks, secured the purchase the following year.

The trucks were manufactured in Eindhoven, Holland and Leyland, Lancashire whilst the 200 and renamed 400 Series continued production in Washwood Heath, Birmingham. Both the trucks and vans were sold under the Leyland DAF banner in the UK.

By early 1988 planning for a much-needed replacement for the ageing 200/400 Series was progressing. With limited product development capabilities in-house, the styling of the new standard width and the wide-bodied van was outsourced to the Bertone design house in Italy.

The management team were not convinced the Bertone styling worked, with Leyland DAF wanting more of a family look between the vehicles. The work was outsourced again, this time to MGA, the designers who had worked on the K2 facelift and high roof versions. By the summer of 1988, with sketches completed, MGA produced clay models and then full-size prototypes codenamed LDV201 and LDV202

An overall lack of finances at Leyland DAF at this time, combined with strong sales of the 200/400 series  – 13,234 sales and a 15.6% market share in 1992 – meant the company was under pressure to launch the new van range. Increasing costs meant the new project would be mothballed until Renault was brought in to partner the programme in 1989. Sadly, a lack of direction saw the whole project cancelled by Leyland DAF in 1993, deciding to develop the existing Sherpa models instead.

The proposed facelift did not see the light of day, as continued financial difficulties forced Leyland DAF to file for bankruptcy later that year.

With agreement sought from DAF, Renault took over the entire development. Recognising that their current Master van was ageing, the LDV201/202 programme was abandoned in favour of a single model that would be the basis for their new Master range of light commercials.

In 1995, Renault signed an agreement with Iveco to help develop a cab for the second generation Master, Mascott and third-generation Daily models. However, due to rising costs, General Motors Europe was brought in as another partner. The second-generation Master was launched in 1997, with rebadged GM versions of the Opel/Vauxhall Movano and alliance partner, the Nissan Interstar launching the following year. The third generation Iveco Daily also shared many panels and cab components, including the doors. Named International Van of the Year (IVOTY) in 1998, a facelift followed in 2003, with an all-new model debuting in 2010. It too was sold by Vauxhall and Nissan, with the latter promoted as the NV400.

At the same time, the collapse of the project also allowed the International Automotive Design (IAD) Group, which had been engineering the vehicle for LDV, to join forces with Gorkovsky Avtomobilny Zavod (GAZ) Group of Russia. IAD used many of the existing features to develop the bodywork design and new independent front axle suspension of the old LDV201 for the all-new GAZ Gazelle van, pick-up and minibus range.

The GAZ Gazelle went into production on the 20th July 1994, with the first vehicles rolling off the production line on the 26th of August 1994. The Gazelle has gone on to be synonymous with light commercial vehicles in Russia and other Eastern European countries selling over one million units by August 2005.

Popularity has continued to grow, with GAZ now employing over 40,000 staff and operating 13 production sites in Russia as well as assembly facilities in Turkey and Kazakhstan. The Gazelle is now sold in 40 countries across Europe, Scandinavia, Latin America, Africa, Asia and the Middle East. By 2015, annual production had increased to nearly 69,000 units.

Back in the UK, the Leyland DAF van business was sold off in 1996 and LDV Limited was formed. Both the 200 and the 400 were given facelifts and renamed the Pilot and the Convoy respectively. The Pilot was available in 1.9t, 2.2t and 2.6t gross vehicle weights, while the Convoy was available in 2.8t, 3.1t and 3.5t low roof (City), high roof (Hi-Loader) and Chassis variants.

The easy to maintain vehicles made them popular with operators such as Royal Mail, the Police and local authorities, with the Convoy achieving a market share of 10.5% by the end of 1998.

Although selling well, it was clear that the Pilot and Convoy origins which harked back to 1974 were completely out of date and out of tune with the current marketplace. A joint development programme was signed with Daewoo in 1998 with a plan to quadruple output to 80,000 units by 2005.

The Asian financial crisis of 1997-1998 hit Daewoo hard and the partnership with LDV ended in November 2000, when the Korean car manufacturer went into receivership. The replacements for Convoy, codenamed LD100 and the Pilot BD100 replacement, were dead in the water before they had started.

Not to be deterred, LDV dropped the BD100 and purchased the rights to the LD100 from Daewoo moving 6,000 tons of tooling by road and rail from Daewoo’s factory in Lublin, Poland to the Washwood Heath and the LDV Maxus was born.

However, the additional costs of ‘going it alone’ put LDV under further financial pressure, eventually going into administration later in 2005. US investors Sun Capital bought the company, only to sell them on to the Russian van maker, GAZ Group in July 2006.

Plans to expand production in Birmingham, add new product lines and enter new markets were announced. GAZ also planned to produce vehicles in Russia and sell an additional 50,000 units annually worldwide. However, due to the global financial crisis in 2008 and a lack of investment, these plans never materialised.

Production ceased at the Birmingham factory in December 2008 when a last-ditch attempt to save LDV by the British Government and WestStar Corporation failed.

LDV continued to sell its existing stock and the entity was sold in 2010 to the Shanghai Automotive Industry Corporation (SAIC).

The van continued in production and was manufactured under the MAXUS name for the Chinese market and selected left-hand drive markets in Europe, whilst with help of distributors The Harris Group, the same range was launched in late 2015 as the LDV V80 and EV80 for the UK, Ireland and right hand drive Europe.

As the MAXUS brand has grown globally and as its products became more established, the decision was made to realign the companies. As a result, LDV rebranded as MAXUS in 2020, coinciding with the launch of two new models; the all-new Deliver 9 diesel range replacing the V80/EV80 and the all-new small electric van, the e-Deliver 3. The e-Deliver 9 electric van launched at the end of 2020.

This month the Vans Headlights looks at a commercial vehicle brand that is relatively new in its current form to the UK. It is catching...