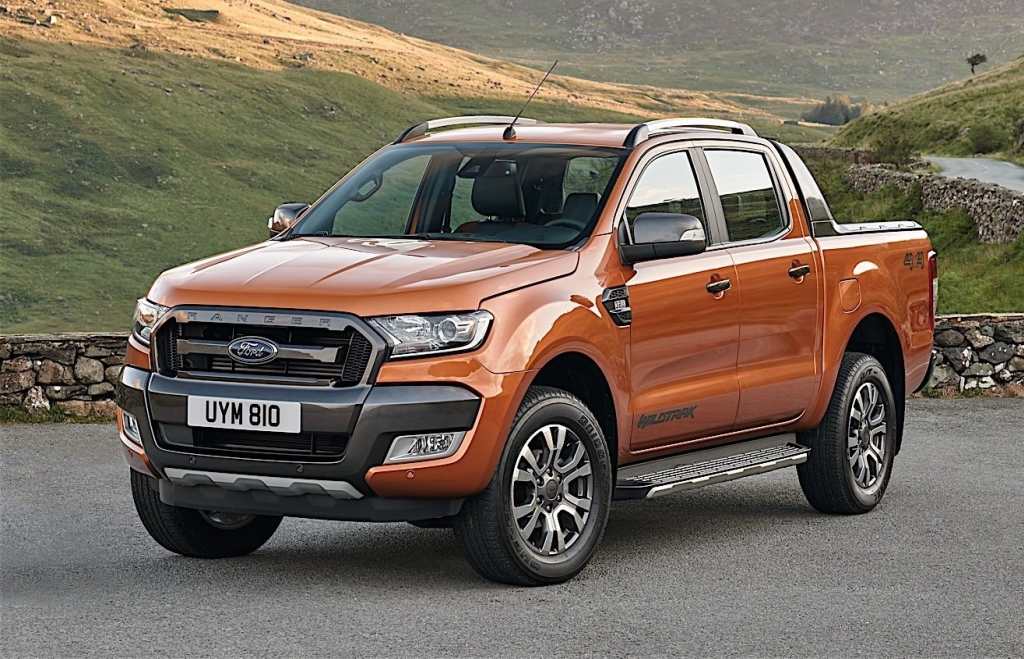 Despite increased competition over the last few years, sales of Pick-ups have grown consistently since 2012, with over 50,000 UK registrations each year over the last three years. One consistent performer over this time is the Ford Ranger. The pick-up of choice for many, sales of the Ranger since 2016 have equated to nearly 30% of all pick-up sales in the UK during this time.

Even with a reduction in the number of players in the Pick-up sector over the last 12-18 months and the ravaging effects of the COVID-19 pandemic on the industry, Ford continues to outsell the competition. Although overall sales are down twenty thousand to the end of November 2020, the Ford Ranger remains as popular as ever. Nearly 11,700 units have been registered in that period, amounting to 35.3% of the overall pick up sector total. In this month’s edition of The Van’s Headlights, the team consider the merits of the best-selling pick-up in the UK, the Ford Ranger (1998–).

In the USA, the history of the Ranger name started decades before it was used on a pick-up truck. In 1958 Ford had experimented with the name on the Edsel Ranger sedan. This was followed in 1967 with the launch of the fifth-generation F-Series pick-up. The top of the line trim for the F-100 and F-250 was called the Ranger. In 1970, a higher specification Ranger XLT was added to the range.

By the early 1980s, a bigger F-150 had been introduced, taking most of the sales from the F-100. Ford recognised that there was a gap in the market for a smaller pick-up. Already in their line up, but built by Mazda, was the Ford Courier pick-up.

In 1982, Ford of America axed the F-100 and the Courier pick-up and ushered in its first compact pick-up, the Ranger. Continuing to be produced by Mazda, the first generation Ranger offered two trim levels, the XLT and the Lariat selling over 250,000 units in 1985 alone.

The second-generation Ranger was launched in 1993 with a major redesign. The grille size was reduced substantially, creating a smoother, more aerodynamic face, whilst flared wheel arches created a more rounded look. In 1994, the Mazda produced Ranger was replaced by a Ford produced Ranger and rebadged as a Mazda B-Series for far-eastern markets. In 1998, an electric Ranger was added to the range for the US market. It had a range of 65 miles and a top speed of 65mph. Up to 400 of them still exist today.

1998 saw the launch of the third-generation Ranger pick-up in the US. An extended Super Cab featuring a second row of ‘jump seats’ in the rear was a design unique to the Ranger, whilst an additional XL trim level was added. However, the compact pick-up market was under pressure from the bigger full-size pick-ups. Sales were declining and by 2008 were barely reaching six figures. Ford decided to pull the plug on the Ranger just four years later with sales at an all-time low of just 19,000.

Ford was not done with the Ranger though. It had noticed how big the compact pick-up market had become in other world markets and how well the rebadged Mazda B-Series had performed against competition from Toyota, Mitsubishi and Isuzu in particular.

During 1998, Ford launched the Ranger name on the international market, rebadging the Mazda B-Series until 2006. Launched with 4×2 and 4×4 configurations, Regular, Extended Super Cab and Double Cab variants and several trim levels, the Ranger was well placed to compete.  The higher specification Wildtrak trim level was introduced to the UK line-up in September 2005.

The second-generation international Ranger was produced between 2006 and 2011, this time derived from the Mazda BT-50 pick-up which replaced the B-Series.

The partnership with Mazda ended in 2011 with Ford producing the third-generation Ranger independently. Designed by Ford Australia, the Ranger was sold across five continents and 180 markets with 4×2 and 4×4 drivetrains and up to five trim levels. New styling saw a move towards the leisure utility market. The same off-road ruggedness was linked to curvier, more aerodynamic lines typically associated with an SUV. A 2.2TDCi engine with outputs of 125PS or 150PS and a 3.2TDCi 200PS unit powered the Ranger, with the latter mated to a 5-speed manual or 6-speed automatic transmission.

The Ranger was given a major facelift in 2015, receiving enhancements including revised engines and a more muscular look that included a new grille, slimmer headlights, new bumpers and revised headlights. More equipment including DAB radio featured as well. SYNC2 connectivity became standard on the Limited and Wildtrak models, whilst options included lane-keeping alert for the first time. At this time, the 2.2TDCi 125PS and 150PS outputs were dropped in favour of more powerful 130PS and 160PS units. Euro 6 compliant variants were introduced in 2017.

At the same time, following huge increases in US compact/mid-sized pick-up sales, Ford also re-launched the Ranger back in to the American market.

The all-new Ranger due for launch in 2022 will be developed by Ford Australia and manufactured at the Ford Silverton factory in South Africa. It will be a collaboration with Volkswagen who will rebadge the pick-up as the Amarok.

Andy Picton, Glass’s Chief Commercial Vehicle Editor recommends the Ford Ranger as “a long-established pick-up that has been the preferred choice by operators for many years. The Ranger offers something for everyone, with workhorse and lifestyle users equally catered for.”

Andy added, “With its impressive working credentials, towing capabilities and extensive specification list, it’s easy to see why the Ranger is so popular. Equally capable on-road or off, the Ranger is reliable, tough and attractive and benefits from the support of Ford’s strong Transit Centre dealer network”.

The Van’s Headlights The current strength of the used LCV wholesale market is undeniable. The number of vehicles sold is up 26.7% on this time...