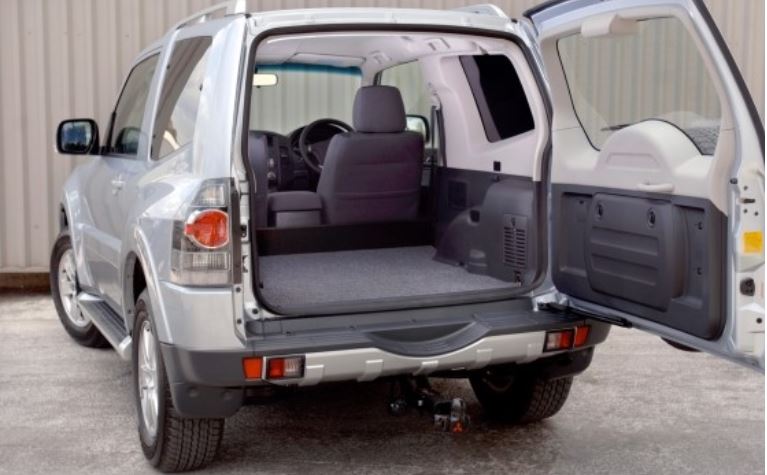 Our research data for the summer months normally shows a lull in used vehicle activity followed by a flood of activity and increased sales in September. However, the pandemic has seen demand and prices soar through the summer. Closure of manufacturing plants and the effects on the wider economy resulting in delayed fleet replacement cycles used stock shortages and uncertainty over future supply. This has led to a surge in demand for used light commercial vehicles (LCVs) and correspondingly huge increases in conversion rates and average selling prices over the last few months.

In this month’s edition of The Van’s Headlights, the team consider the merits of the Mitsubishi Shogun Barbarian 3.2DI-DC 187bhp Auto Euro 6 SWB Commercial (2015 – 2019).

The roots of the Mitsubishi Shogun (also known as Pajero and Montero in other markets) can be traced back to 1934, when Mitsubishi’s first 4WD vehicle, the PX33 prototype was built. However, it wasn’t until November 1979 that the Shogun prototype was revealed at the Tokyo Motor Show.

The Mitsubishi Shogun launched as a multi-purpose vehicle in 1982. A completely new genre of 4WD combining off-road toughness and capability with the comfort, handling and specification of a saloon.  Short wheelbase (SWB) and long-wheelbase (LWB) models were available with either 2.6-litre petrol or a 2.5-litre diesel turbo engine.

Further generations of the Shogun passenger vehicles appeared in 1991 and 1999, but it wasn’t until 2004 that the first commercial variants of the Shogun were introduced in the UK.

Designed with the same reputation for reliability and build quality, the Shogun commercial was available as SWB and LWB vans with two trim levels, Equippe and Classic. With both manual and automatic transmissions available with both featuring the much revered Super Select four-wheel-drive system. The choice of four different driving modes; 2H (2WD high range), 4H (4WD high range), 4HLc (4WD high range with locked centre differential) and 4LLc (4WD low range with locked centre differential) made the Shogun Commercial an ideal choice for those needing to take to rougher terrain.

A facelift in 2015 saw the introduction of an improved monocoque body with a revised grille for the Shogun Commercial, together with a Euro 6 3.2DI-DC automatic engine generating 187bhp with Mitsubishi discontinuing the manual gearbox in favour of an all-automatic line-up. At the same time, revised suspension improved ride and handling whilst LED lighting improved night time vision. A new spare wheel carrier on the tailgate also featured in this facelift.

The SG2 4Work replaced the Equippe as the entry model and was available as a SWB or LWB model, whilst the halo Warrior and Barbarian trims remained available in SWB formats only. SWB models could tow a maximum of 3.0 tonnes and the LWB SG2, 3.5 tonnes.

Andy Picton, Glass’s Chief Commercial Vehicle Editor recommends the Mitsubishi Shogun Commercial as “an extremely capable and rugged off-road van with great towing capabilities. The Shogun is recognised as a credible alternative to the Land Rover Discovery and is a popular choice with the police and the Highways Agency, as well as in construction and agricultural markets”

Andy added, “Although no longer available new, the Shogun is supported by a strong Mitsubishi dealer network. It has a loyal following in the used market, with buyers attracted to its high specification levels, powerful and torquey 3.2DI-DC engine and its ability to tow up to 3.5 tonnes”.