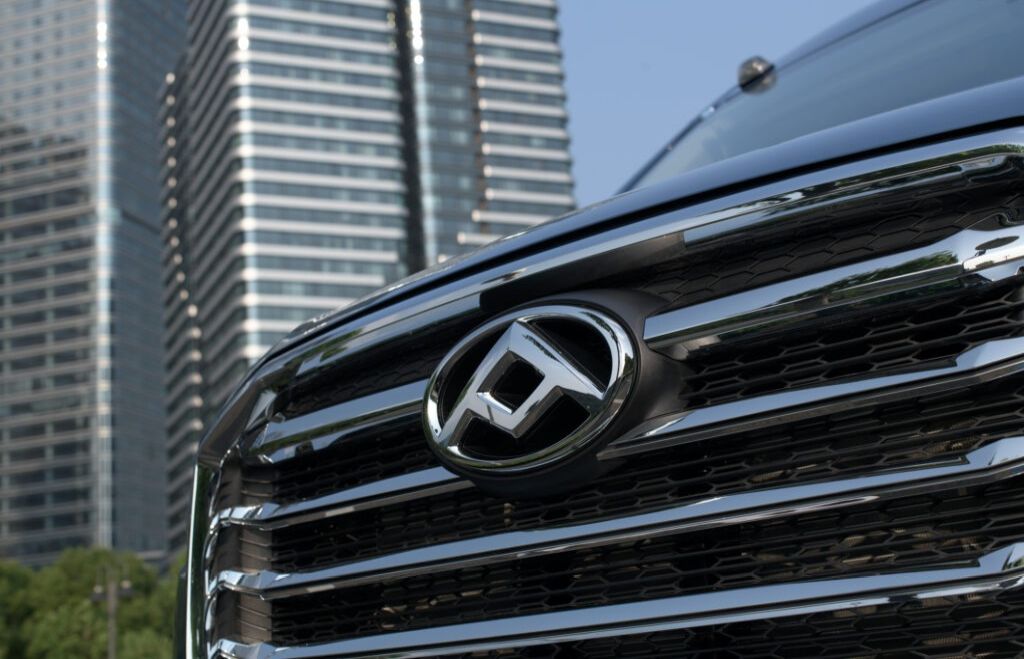 This month the Vans Headlights looks at a commercial vehicle brand that is relatively new in its current form to the UK. It is catching the eye, not only with its latest vehicles but also with what is in the pipeline.

Although the name MAXUS may be new to a lot of people, its origins are deeply rooted in UK manufacturing history with links that can be traced back to 1896.

In 1896, two local families founded the Lancashire Steam Motor Company in the town of Leyland, Lancashire. The company was renamed Leyland Motors in 1907 and later became the Leyland Motor Corporation (LMC), as they diversified into the manufacture of petrol-driven trucks, buses and electric trolleybuses. The company expanded further into car manufacturing, acquiring Triumph and Rover in 1960 and 1967. In 1968 LMC merged with British Motor Holdings to become British Leyland Motor Corporation (BLMC) with the company holding a 40% market share.

Although BLMC held household marques such as Mini, Jaguar, Rover and Land Rover within the group, management was poor, leading to its eventual collapse and part nationalisation in 1975. It was at this time that BLMC was restructured and renamed British Leyland. The company went through further name changes to BL Plc in 1978 and then The Rover Group Plc in 1986. By this time, marques including Austin, MG, Freight Rover and Leyland Trucks were part of the group as well as the dormant trademarks of Triumph, Morris, Wolseley, Riley and Alvis.

In 1987, Freight Rover and the Leyland Trucks division were sold to Dutch company DAF Trucks which was renamed DAF NV in 1989. The trucks were manufactured in Eindhoven and Leyland and the vans in Washwood Heath, Birmingham and sold under the Leyland DAF banner in the UK.

Following a management buyout in 1993, the Leyland DAF Van (LDV) company was formed. LDV produced the 200 and 400 Series and then the Pilot and Convoy until 2004 when, after several years in the making, the production of the all-new Maxus started. The new project was originally meant to be a joint venture between LDV and Daewoo, however, Daewoo went into liquidation in 2000.

LDV soldiered on moving 6,000 tons of tooling from the Daewoo plant in Poland transferring it to Birmingham by road and rail to reduce costs. The Maxus eventually launched in 2004, but with the additional costs, LDV came under further financial pressure and went into administration briefly the following year. The company was saved in 2005 when US investors Sun Capital bought them.

In July 2006, Sun Capital sold LDV to the Russian van maker, Gorkovsky Avtomobilny Zavod (GAZ) Group with a plan to expand production in Birmingham by adding new product lines and entering new markets. GAZ also planned to produce vehicles in Russia and sell an additional 50,000 units annually worldwide. However, due to the global financial crisis in 2008 and a lack of investment, GAZs plans never materialised.

Production ceased at the Birmingham factory in December 2008 when a last-ditch attempt to save LDV by the British Government and WestStar Corporation failed. LDV continued to sell its existing stock but was sold in 2010 to the Shanghai Automotive Industry Corporation (SAIC).

Renamed as the MAXUS V80 for the Chinese market and selected left-hand drive markets in Europe, the range was re-launched with only minor cosmetic upgrades.

In 2015, The Dublin-based Harris Group secured the distribution rights to the MAXUS in the UK, Ireland, Channel Islands, Isle of Man, Malta and Cyprus. Utilising the strong historical links with the brand in these markets, the V80 diesel range and the EV80 electric variant were sold as LDV badged products.

Acclaim for LDV grew over the next five years, winning the Greenfleet LCV Manufacturer of the Year Award last year, whilst the EV80 also won the Motor Transport Clean Fleet Van of the Year.

It was also last year that SAIC revitalised the brand. Now distributing their products to almost 50 countries and regions across the globe, LDV was rebranded as MAXUS across right-hand drive Europe in a global realignment with the rest of the group. This change coincided with the launch of two new ranges that MAXUS hope will underpin the brand’s future.

If further proof was needed, Harris has confirmed its commitment to growing MAXUS operations in the UK by announcing its plans to open a headquarters during 2021.  Housing MAXUS’S UK employees, the new head office in Birchwood Park, Warrington will offer warehousing and a parts depot as well as office space.

The all-new Deliver 9 van range replaces the outgoing V80 and EV80 models, with both diesel and eDeliver 9 electric van and chassis variants available as part of the range. The smaller eDeliver 3 all-electric van range is available as a van and platform cab and designed to compete in the urban delivery market.

Huge investments in development, technology, specification and quality secures the MAXUS range as a genuine challenger to the established brands.

The next vehicle to be brought in under the MAXUS banner is muted to be the T70 2.0TCDI diesel pickup, which again will be supported by a 5yr/125,000-mile warranty. There is also a T70 electric pickup available in home markets with a stated range of 535km (330 miles) and an 80% charging time of 36 minutes.

The 2020 Chengdu Auto Show saw the new MAXUS pickup officially revealed. Powered not only by a twin bi-turbo diesel engine generating 510Nm of torque, the aggressively styled pickup will also be powered by pure electric, hybrid, and fuel cell technology. The interior will feature twin screens with multimedia and 5G technology and a high level of specification.

In September last year, SAIC announced that they had created Jieqing Technology Co to provide fuel cells and engineering services for the automotive industry. The plan is to research, develop and sell in the region of 10,000 hydrogen vehicles per year and to exceed 30,000 units globally by 2025. The world’s first hydrogen fuel cell MPV called the MAXUS EUNIQ 7 has been launched in China, with its third-generation autonomous fuel cell technology being applied to future light and heavy trucks, buses and other commercial vehicles.

SAIC has the vision to be at the forefront of the automotive industry promoting new energy vehicles and technologies and is currently work closely with the Chinese Government, Shanghai Municipal Government and Shanghai Airport Group to improve the economic efficiency of hydrogen fuel production, storage and transportation. There are also plans for a new hydrogen infrastructure that will include over 1,000 hydrogen filling stations by 2030.