The Van’s Headlights: The Future of the Pick-up Sector 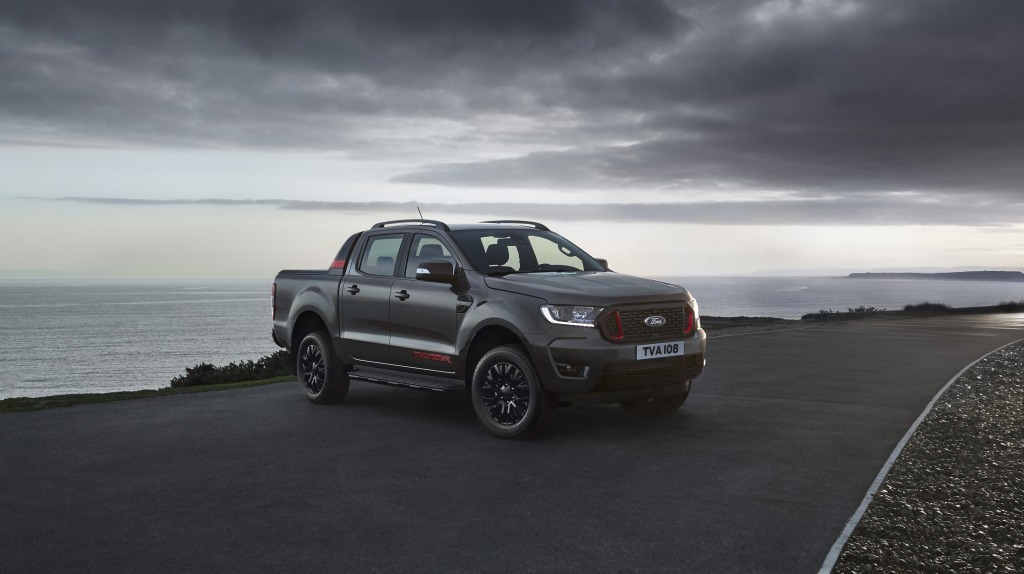 Will the reduced number of manufacturers have a long term impact on this sector?

Created 100 years ago as a purely utilitarian vehicle, the pick-up has transformed into a multi-purpose vehicle often more comfortable on-road than off. With the internal combustion engine ban coming into effect in just eight and half years, what does the future hold for this sector? The pick-up of the future is very much on the horizon and enthusiasts should have much to look forward to, albeit with some uncertainty. Glass’s Chief Commercial Vehicle Editor, Andy Picton, takes a closer look at the current situation and what could be coming our way.

The demise of the pick-up

Mercedes-Benz and Fiat have already ceased sales of the X-Class and Fullback pick-ups. Volkswagen Group ceased production last year of Amarok with a replacement not due until 2022. More recently, Mitsubishi announced that it would cease new sales in the UK during 2021, with the last new L200 likely to be registered during quarter three this year. Equally disappointing is that Nissan has revealed that production of the Navara will stop by the end of this year, with sales ending early in 2022.

On the face of it, a worrying time ahead for the sector. Only the Ford Ranger, Toyota Hilux and Isuzu D-Max remain as major volume sellers, especially with SsangYong in receivership whilst its owner Mahindra and Mahindra looks for a new owner. Over the last decade, the sector enjoyed huge growth, but pick-up sales were down nearly 33% in 2020, with just 35,691 registrations compared to 53,055 in 2019. The Ford Ranger continues to be the best selling pick-up in the UK, registering over 13,000 units or nearly 25% of the overall sector total.

On the horizon, there are chinks of light creating hope for the sector, with new product launches from established players on the way. Below the article outlines new launches and, what is in the pipeline together with a look at new ‘disruptors’ preparing to enter the market. There is a chance that some of the disruptors will enter the UK and European markets giving the established brands an overdue shake-up.

Delayed due to the pandemic, Isuzu entered 2021 with the new D-Max pick-up. The vehicle is powered by the same 1.9TD engine but with a new assertive look. The new D-Max is packed with safety features, has a lighter and stiffened chassis and a premium interior.

The Hilux facelift is packed with a more powerful 2.8-litre engine under the bonnet. This bucks the engine downsizing trend followed by other manufacturers and is proving popular with customers. The new 201bhp is only available on Invincible and Invincible X trim levels and compliments the existing 2.4D-4D 150bhp model range.

SAIC (Shanghai Automotive Industry Corporation) have plans to launch a pick-up in the UK during 2021 or early 2022. Likely to be called the T90, with power from either a 2.0-litre turbo 163bhp, 375Nm or a 215bhp 480Nm twin-turbo diesel engine. Available with manual and automatic transmissions, two or four-wheel drive and with a 5-year, 125,000-mile warranty. Hybrid and full battery-electric versions are expected.

Although not currently operating in the UK, Great Wall has previously sold the Steed double cab pick-up here. Three new pick-ups were launched in China in 2020 as part of their P-Series range, consisting of passenger, off-road and electric commercial pick-up, with over 100 different configurations available. The electric pick-up has a range of up to 500km (310 miles) and a stated charging time of two hours. The P-Series will be Great Wall Motors first global product and although no timeframe is yet available for a possible UK launch, Isuzu who remain the appointed distributor for Great Wall are closely following developments.

This British firm is developing a no-nonsense 4×4 to plug the gap left by the old Land Rover Defender. Built from the ground up on an all-new platform, the Grenadier will feature a ladder frame and differential locks. The Grenadier is being engineered in Germany and built in France. Production starts later this year, with customer deliveries starting early in 2022. The Grenadier will be powered by torquey 3.0-litre BMW petrol and diesel engines with automatic transmission and be available as a station wagon and a double cab pick-up from launch. Expectations are for a hybrid and an electric version at a later date. Prices to be confirmed.

The next-generation Ranger and Amarok models will be built by Ford under a new alliance with Volkswagen. Using a new shared platform the new pick-ups are due for launch during the second half of 2022. Interestingly, Volkswagen state that there are no plans at this stage to launch a full battery-electric version of the Amarok which may limit the vehicle lifecycle in Europe. Ford may look to use technology implemented in the new F150 EV pick-up in the US for the new Ranger.

The Badger is a hydrogen fuel cell/battery electric double cab pick-up that is stated to have an overall 600-mile range, with a 300-mile range on battery alone. This 906 horsepower, 980Nm machine can tow up to 3.6 tonnes and features a separate 15-kilowatt power outlet for tools, lights and compressors, enough to assist a construction site for 10-12 hours without a generator. Expected to go sale during 2021 in the US, European launches are as yet unconfirmed.

Founded in 2009 and part-funded by Amazon and Ford Motor Company, the battery-electric R1T double cab pick-up will be on sale in the US later this year. The R1T has a range of up to 400 miles on a single charge and will be available with three different battery sizes. The ability to fast-charge at 160kW will potentially add 200 miles to the range in just 30 minutes. On the downside, its payload is currently only 800kg, which means they have some work to do if they are to qualify for commercial vehicle taxation rules in the UK. Prices in the US start at just below £44,000 for the entry model, rising to nearly £73,000 for the longe range version. European sales start in 2022. Rivian also plans to build 100,000 battery-electric vans for use by Amazon in North America with deliveries starting in 2022.

Looking like a stretched Land Rover Series 1, the B2 battery-electric double cab pick-up features front and rear motors helping to generate 614hp and 668Nm of torque. Unique full-length load capabilities along with a retro-style cabin layout guarantee a standout vehicle, as will its starting price of over £100,000. Orders are being taken for US sales, but at 17.3” long and 7.41” wide, it icle along with a retro ‘old skuiis unlikely that this beast will reach UK shores.

Standing at an enormous 19.4” long, 6.3” high and 6.8” wide, the Cybertruck is unlikely to see the light of day in the UK either, because of its size and is unlikely to meet stringent European safety and type-approval legislation. Tesla has hinted that a smaller 300-mile range version for the European market would be considered for a later date.

With the reduction in current competitors, Ford, Toyota and Isuzu will benefit in the short term. The demise of Mitsubishi and Nissan has meant there is a general shortage of available pick-up stock. With 10 month lead times, deliveries dates are already stretching into 2022. Extended lead times look likely to remain for some time as production struggles to get back to full capacity, leading to rental companies and fleets placing orders now to guarantee deliveries.

The longer-term future of the pick-up sector looks uncertain. There is still no conventional electric pick-up truck on general sale in the UK, although the whole life cost benefits make ownership an attractive proposition. Environmental benefits and the improved performance of electric propulsion offroad should also make the choice compelling.

The market in Europe and the UK is much smaller overall than in the US, where over three million pick-ups were sold in America in 2019. Unsurprisingly, most of the disruptors are American as the demand there is much greater.

There are currently no electric pick-ups due for launch from the mainstream manufacturers who appear to be prioritising the development of new car platforms to help them deliver their corporate CO2 targets.

With so much potential in the pick-up and LCV sectors for battery-electric power, there is hope that this technology can cascade to electric pick-ups soon, otherwise, this sector is in real danger of disappearing altogether.

The Van’s Headlights: The Life and Times of a British Conglomerate

Successive UK politicians continue a generational battle to keep Britain's homegrown manufacturing alive, even while pure economics would have consigned them to history many times...

This month the Vans Headlights looks at a commercial vehicle brand that is relatively new in its current form to the UK. It is catching...