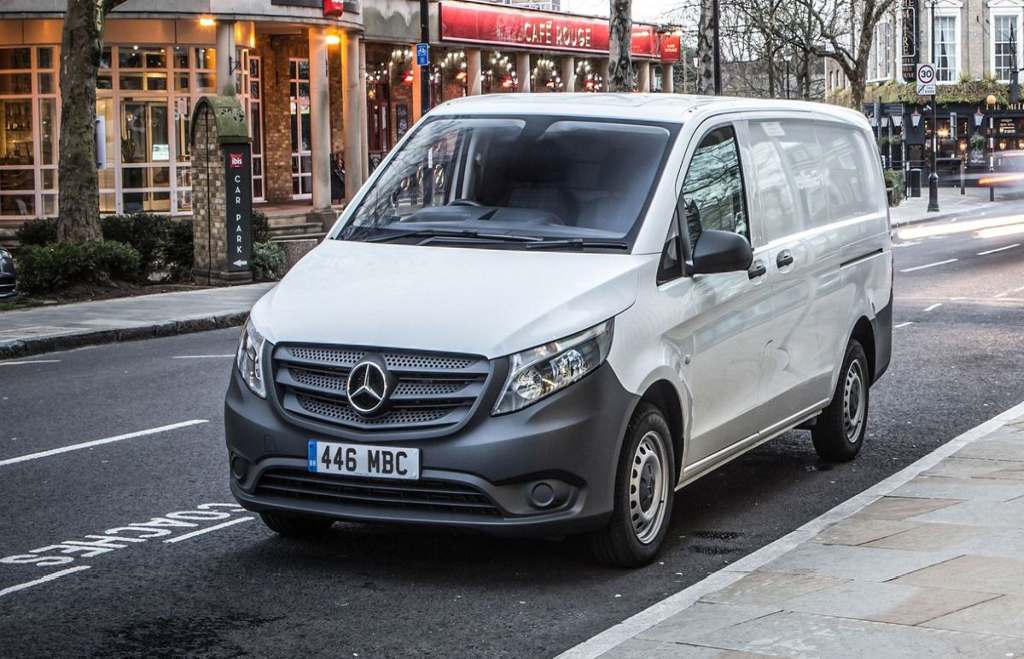 Whilst some manufacturers suggest their vehicles are the backbone of Britain, others mention fitting everything and some always work with you, Light Commercial Vehicles really have delivered during the pandemic. In this month’s edition of The Van’s Headlights, we consider the merits of the Mercedes-Benz Vito 114CDI Long 2.1-litre 136bhp Euro 6 RWD van (2015 – 2019).

The Glass’s Commercial Vehicle Editorial Team continue to scour the market in search of models offering the highest levels of versatility and durability whilst adding their experience to spot the best value for money available.

The first generation Mercedes-Benz Vito launched in 1996. Built in Spain, it heralded an initial foray into medium sized vans for the German manufacturer. Available in a single body length, power came from a choice of 140PS petrol or 120PS diesel front wheel drive (FWD) powertrains.

The second generation Vito was available between 2003 and 2014. With three lengths – Compact, Long and Extra-Long – power for the range came from a rear wheel drive (RWD) 2.1-litre engine for the 109CDI 95bhp, 111CDI 109bhp and 115CDI 150bhp models and a 3.0-litre V6 diesel engine for the 120CDI 221bhp model. As well as the panel van, a Dualiner crew van and a Traveliner 9-seater was also available. This range featured improvements to design, safety, performance and comfort and was the first van range to adopt Adaptive ESP® as standard for a smoother ride in all conditions.

The Vito received a facelift in 2010 changing the model naming to 110CDI, 113CDI and 116CDI. Improvements included restyled front and rear lights, front bumpers and grille and also enhancements to the suspension. Internally, there was improved instrumentation, steering wheel, and cabin materials. Improving fuel consumption and emissions, BlueEFFICIENCY diesel engines adapted from the Sprinter range were also introduced at this point. New drivetrain options included 4MATIC four wheel drive and a 5-speed automatic. The Vito E-Cell 36kW all-electric van was also revealed in 2010.

The renamed 109CDI and 111CDI manual transmission models were available as FWD only and powered by the 1.6-litre Renault derived diesel engine fitted to Renault’s Trafic range. The 114CDI, 116CDI and 119CDI models were RWD only and powered by Mercedes-Benz own 2.1-litre BLUETEC diesel unit, available with either manual or automatic transmissions. Euro 6 compliant engines were launched in 2016.

Further updates took place in 2019. Dedicated ‘Pure’, ‘Progressive’ and ‘Premium’ trim levels launched across the range, whilst a halo ‘Sport’ model was introduced on the 116CDI and 119CDI only. The production 41kW eVito electric van was also launched.

In early 2020, Mercedes-Benz launched a facelift for Vito, limited visually to a new radiator grille and interior detail changes. Under the bonnet, the 2020 Vito included new fuel efficient WLTP compliant 6-speed 1.7-litre engines for the FWD models. The RWD models are powered by an all-new 9G-Tronic 2.0-litre unit. Beyond this there are additional safety technologies including a digital rear-view mirror, autonomous emergency braking, ‘Distronic’ active cruise control and a new air suspension system.

Andy Picton, Glass’s Chief Commercial Vehicle Editor recommends the Mercedes-Benz Vito as “a practical van with a varied number of configurations and payloads.”

Andy added, “Over its near 25-year life, the Mercedes-Benz Vito has continued to evolve, always a leader when it comes to safety and technological improvements. The Vito has a wide choice of models and is currently the only manufacturer to sell their medium sized van range in front, rear and all-wheel drive”.

The recommended 2018 Vito benefitted from Mercedes-Benz smooth 2.1-litre BlueTEC engine fitted to all rear wheel drive models of this version.