Rebecca joined Glass's in September 2015 starting on the premium rate valuation line helping customers with everyday valuation queries. She then changed roles in May 2016 to become a full-time valuation editor and has been doing the role ever since. Her role consists of valuing a select amount of manufactures reviewing the market and making changes each month to ensure the best possible accuracy. 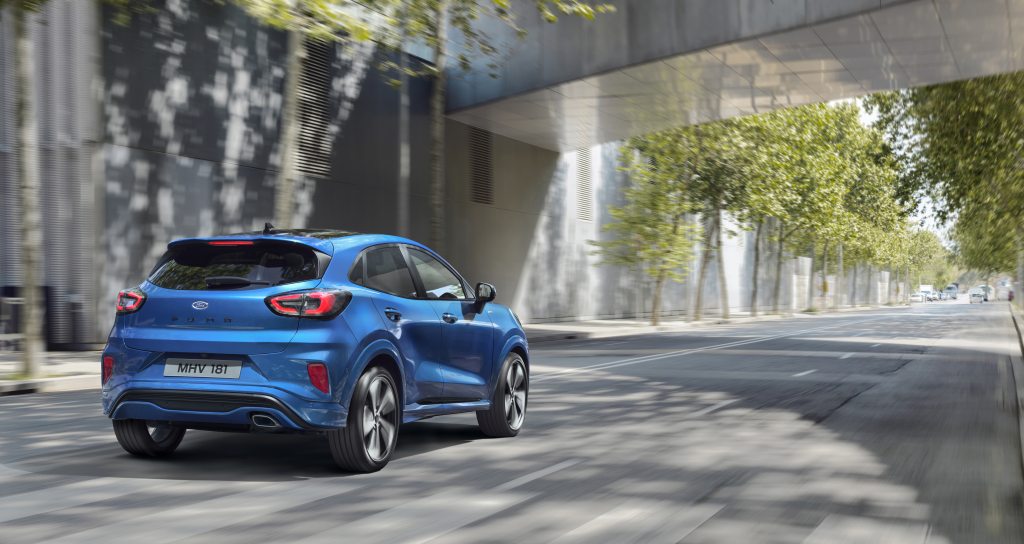 Approximately, one in three car buyers in Europe is choosing an SUV. As part of a drive to increase SUV penetration, the Ford Motor Company resurrected the Ford Puma name in 2019, but in keeping with current trends, this time for a small SUV rather than a small Fiesta-based agile coupe as it did in the 1990s. This was a controversial move among Ford fans, but the result is a model that has a crossover stance and a bigger boot than the Ford Focus and sits in Ford’s European range halfway between the Ecosport and the new Kuga.

Based on the seventh generation Fiesta chassis, the new Puma looks differ from many crossovers on the road, offering a much sportier stance. Proving popular from launch, it continues to impress critics recently winning What Car? – Car of the Year in 2020.

Overall the vehicle appears a little tall, but Ford’s engineers have created an SUV that is composed and offers an excellent drive, with a first-rate manual gearbox, direct steering and minimal body roll. With some shared parts from the current Fiesta, the Puma feels as engaging as many well-sorted hatchbacks.

The current entry-level Puma – the Titanium, offers a very impressive specification including 17-inch alloy wheels, projector headlights and Ford’s SYNC 3 navigation with 8-inch TFT touchscreen display as standard, as well as an array of safety features. It comes fitted with a mild-hybrid 1.0 litre EcoBoost petrol engine in manual transmission, offered as a 125PS and 155PS variant. An automatic version is also available, although this the automatic version does not have a mild-hybrid engine.

The Puma was Ford’s first new car to include the ‘Ford MegaBox’, which enhances the boots capacity by 80 litres, giving the car class-leading load space of 456 litres. The ‘MegaBox’ provides a deep, versatile storage space that is capable of comfortably accommodating two golf bags in an upright position.

The Ford Puma outperforms the B-Segment

There is no doubt that the Puma has strong rivals, including models from its own stable, however with a good mix of style and practicality the car appeals to a wide demographic. With small SUV sales continuing to climb, the Puma is an extremely important model for Ford. With mild-hybrid technology and the 1.0-litre EcoBoost engine ensuring low cost of ownership, today, the Puma is an excellent small SUV choice.

The Van’s Headlights The current strength of the used LCV wholesale market is undeniable. The number of vehicles sold is up 26.7% on this time...