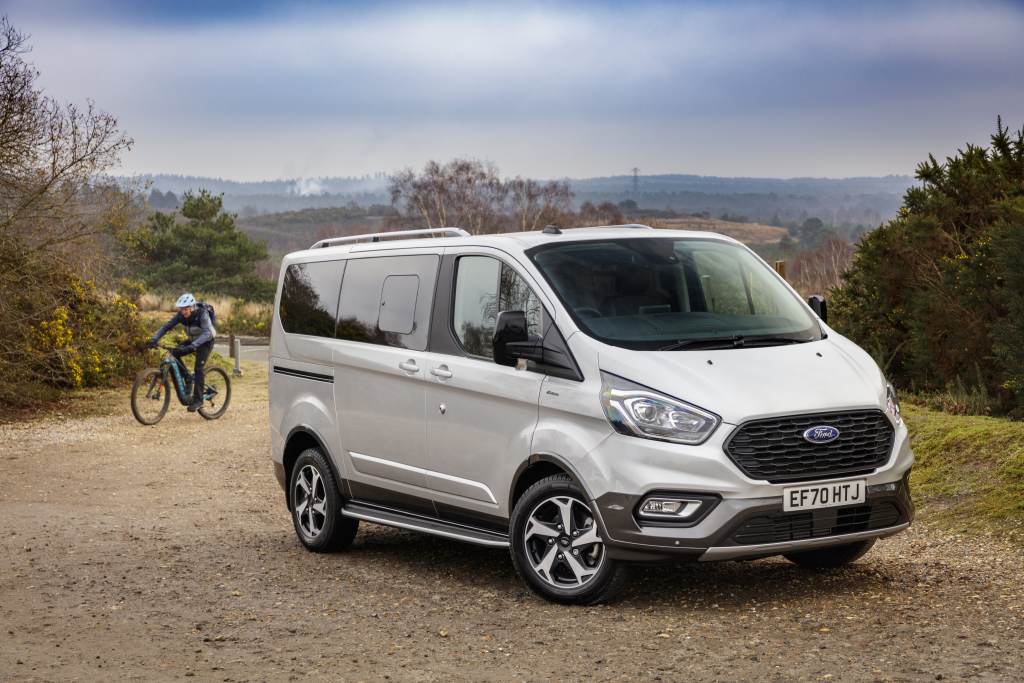 A strong market for both new and used LCVs

An artificially inflated 798.8% increase in light commercial vehicle registrations in April 2021 were recorded, against a backdrop of twelve months ago when nearly all registrations stopped due to coronavirus lockdowns.

This growth was largely driven by demand in the 2.5-3.5-tonne sector, where 20,037 vans were registered. In the first four months of 2021, registrations in this sector have nearly doubled those in the same period in 2020 and reflect a market that saw its largest ever April total since records began. A year-to-date total of 127,796 registrations is a rise of 79.3% overall versus 2020 and reflects a market that is 23.2% up on the five-year average.

SMMT data revealed that the 30,440 April registration total is 27,053 units more than in April 2020, the first full lockdown month of the COVID-19 pandemic.

The Ford Transit Custom van combined with the Ford Tourneo Custom people carrier was crowned best-selling vehicle in the UK in April, outselling every other car and van on the market. The second best selling van was its big brother, the Ford Transit. The Mercedes-Benz Sprinter was third and the Volkswagen Transporter was fourth. PSA also returned a strong month, with five of their product ranges in the top ten places. Year-to-date Ford dominates, with four of its product ranges in the top ten. PSA also feature strongly, with the Vauxhall Vivaro, Vauxhall Combo, Peugeot Partner and Citroen Berlingo positioned in the top ten.

The effects of the pandemic continue to distress the automotive industry. Further lockdowns and COVID restrictions in many European countries, continue to affect many vehicle producing nations and the wider supply chain. Ongoing semi-conductor, steel, rubber and even wood shortages are now compounding the situation. With this fragile supply chain still at risk of disruption, there is still some way to go before the industry returns to normal. The last year has proved though that the commercial vehicle sector is nothing but resilient. Demand is strong, registrations are up and the outlook is much brighter.

April has seen the used market in resilient form with prices remaining strong with high first-time conversion rates for anything that is retail ready.

The limited numbers of sub 2-year old stock sees buyers continuing to haggle over the best examples, with additional interest from franchised dealer groups ensuring prices have remained strong during April. Only 4% of all stock sold was in this age bracket during the month.

Twenty eight percent of stock sold in April was in the 2 to 4-year-old age bracket, whilst vehicles over six-years old contributed to 39% of all sales. Although medium-sized vans again proved the most popular during April with 38.9% of all sales, prices were down 0.94% on March. Small vans followed with 28.8%, up 13.2% on March and large vans were third with 23.4% up 2.4% on March.

With the SMMT reporting another strong new registration month in April, it is hopeful that vehicle de-fleets will start to find their way into the wholesale market soon. Although this will improve the supply of stock into the used market, there remains delays surrounding the supply of new vehicles to the UK. As a result, prices look set to remain high for the remainder of the year.

Glass’s auction data shows the overall number of vehicle sales in April decreased by 6.85% versus March 2021, whilst first-time conversion rates remained steady at 86.9%.

On the face of it, an impressive 85.5% increase in light commercial vehicle registrations in March 2021 reflects a market that saw its largest ever...

The new light commercial vehicle market grew by 22.0% in February. This positive high-level figure includes delayed pipeline orders and is set against the typically...