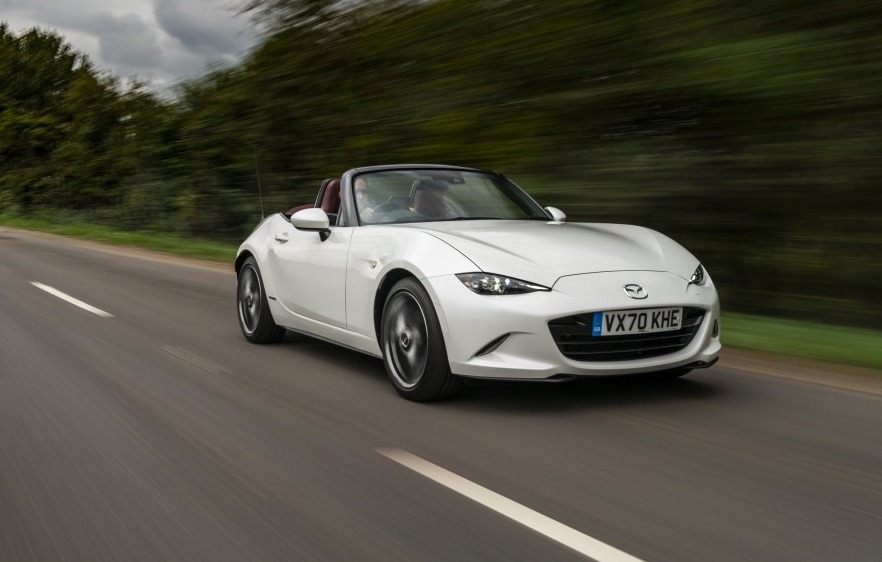 As the days get longer and warmer and the garden furniture is dusted down, many people are drawn to the idea of owning a convertible to achieve that wind in the hair driving experience. However, Is the draw as strong as ever for these cars that are often impractical, expensive but rare and stylish?

During the 1990s, manufacturers realised the potential in this profitable segment after the success of the Mazda MX-5. They set about designing new models to increase their ranges, expanding not just to the traditional two-seater roadster but also to four-seat coupe versions of their popular saloon and hatchback models. Then came the advent of the folding “tin-top” roof to make the Convertible an all-year-round proposition.

However, did the extensive choice of Convertibles grow so large that the exclusivity factor diminished, and have consumers turned to other segments that have become more fashionable?

Up until the year 2000, the number of Convertibles registered new each year was around 2% of the whole market, according to data from the Society of Motor Manufacturers and Traders (SMMT). The peak year was 2004 where Cabriolet and Convertible registrations reached 116,500, equating to 4.6% of the new car market. The numbers have dropped to less than 2% for the last 5 years running and were only 1.2% in Coronavirus hit 2020.

What about the choice during the last twenty years? The chart below shows the number of ranges available by year.

The peak in the number of different ranges was in 2007. This has dwindled in recent years as models such as the Mercedes SLK/SLC, Volkswagen Golf and Beetle and Fiat’s 124 disappear. Many manufacturers no longer offer a convertible in their range.

Manufacturers are reacting to the fall in consumer demand for convertible versions of two-seater sports and small cars, as demand switches to other more popular body styles. There is no need to look beyond the SUV/Crossover segment to see where customer demand has shifted over time.

In 1998 there were 35 different SUV models available according to data gathered by Glass’s, and they fell into two distinct types. There was the large and expensive end of the market like the Land Rover Range Rover and Toyota Land Cruiser, or more utilitarian models from Isuzu, Mitsubishi and Daihatsu.

With the growing popularity in this segment, more manufacturers were taking note. Honda released the smaller CR-V and HR-V in the UK to rival the RAV4 from Toyota, and so the smaller SUV started to become more recognised on UK roads. They were often cheaper, but still retained the high driving position and four-wheel drive.

It soon became apparent that these cars were not often taken off-road, so new models launched featuring two-wheel drive, bringing costs down whilst also lowering CO2 emissions. The Nissan Qashqai typified this new wave of Crossovers, and by 2010 the number of SUV/Crossover models available had jumped to 60.

Mainstream manufacturers continue to increase offerings as the lines between body types blur more and more, and so we saw at least 100 different models available in 2020. Even sports car manufacturers recognize the opportunity, with Porsche launching the Cayenne in 2003, and in later years Maserati, Lamborghini and Aston Martin have joined the party along with Bentley and Rolls Royce.

With no likelihood of these trends ending soon, the return of the convertible to niche status seems inevitable, while the Crossover continues to sweep all rivals aside. That is not to say they have lost their appeal, in 2020 Glass’s average residual value for Convertibles rose significantly due to an uptick in demand as shown in the chart below. This will have been helped by extremely good weather, but also possibly due to people treating themselves to something as the global COVID-19 pandemic affected other areas considered a luxury, like overseas holidays.

At a time when more and more SUVs are launched, a car without a roof was once the norm, as all cars were built without...

At the Frankfurt Motor Show in September 1995, Renault unveiled the Megane, the successor to the Renault 19.  The Megane was Renault’s first model to...