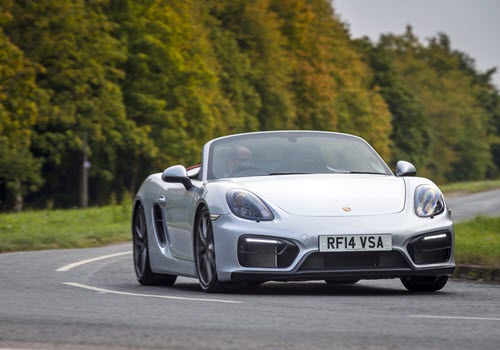 At a time when more and more SUVs are launched, a car without a roof was once the norm, as all cars were built without any roof or sides. This was quite often to reduce weight and ensure horseless carriages could maintain forward momentum due to a lack of power. As available engine power increased, roofs and sides were added to cars.

Production of convertibles increased again after the World War II as a result of American soldiers in France and the UK experiencing small roadster cars not available in the United States. These roadsters included the MG Midget and Triumph Roadster. To compete through the 1950s and 1960s, and service the demand of returning GIs, car manufacturers in the United States manufactured a broad range of convertible models during the 1950s and 1960s.

During the 1970s, the popularity of convertibles was severely reduced by the increased speeds on roads and new crash safety standards, However, this did not stop manufactures producing new convertibles for global markets including the Triumph Stagg, TR6 and TR7, Lotus Elan and Seven S4, Alfa Romeo Spider, Chevrolet Corvette C3, MGB, Porsche 914, Fiat 124 Spider, Morgan 4/4 and Volkswagen Beetle convertible.

In 1989, Mazda launched the Mazda MX-5. Over the years this has become the best-selling convertible with over 1 million units sold and creating something of a gold rush in the development of new convertibles. From humble Ford Escorts to luxurious Rolls Royce Dawns, the majority of manufacturers have marketed a convertible during their history.

Today, demand in the new market for convertibles is waning once more. The SMMT’s registration data shows registrations falling consistently. As a percentage of the total market, convertibles stood at 4.4% in 2007 and by 2019 had fallen to just 1.6%.

The debate today, is whether we have fallen out of love with the convertible with too many products no longer evoking dreams of open top sports cars unabated by traffic congestion and variable speed limits.

During the early 2000s, manufacturers developed folding solid roof structures as the answer to the many negatives of the soft-top design, especially road and wind noise together with safety and security. Unfortunately potential buyers were not impressed in the long run by these new seemingly practical introductions. Although solving some issues, they created particularly impractical vehicles when the roof was down due to the roof occupying the majority of the boot.

The future of convertibles

Convertibles in the UK are becoming niche. Over the last 14 years SMMT data shows the convertible segment is no longer a high volume selling segment. Volumes are falling significantly, from over 104,000 registrations in 2007 to under 36,193 in 2019. The 2020 year to date figure is significantly affected by the Covid-19 Lockdown.

Over the last 7 years, the overall trend for convertible residual values (RV) has been rising. From 2013 to 2020, RVs have risen by 7.2 percentage points for models up to two years old. The up to five years old models are up by 4.6 percentage points and a notable 5.3 percentage points increase for models eight years and older. Clearly as volumes in the used market decline, residual values are becoming stronger. Moreover, the last 12 months shows a greater level of increase than would normally be expected in this short period suggesting, at least in the used market, there is still demand for convertibles.

Coming out of lockdown, logic might suggest the last thing on people’s minds would be buying a convertible. However, lockdown has created a pent up demand for all things fun and enjoyable, with the need to enjoy the remainder of the summer sun now more desirable than ever. Lockdown has, for some, created a greater feeling of living for today. However a significant improvement in new convertible registrations is not likely in the short term.

At the Frankfurt Motor Show in September 1995, Renault unveiled the Megane, the successor to the Renault 19.  The Megane was Renault’s first model to...