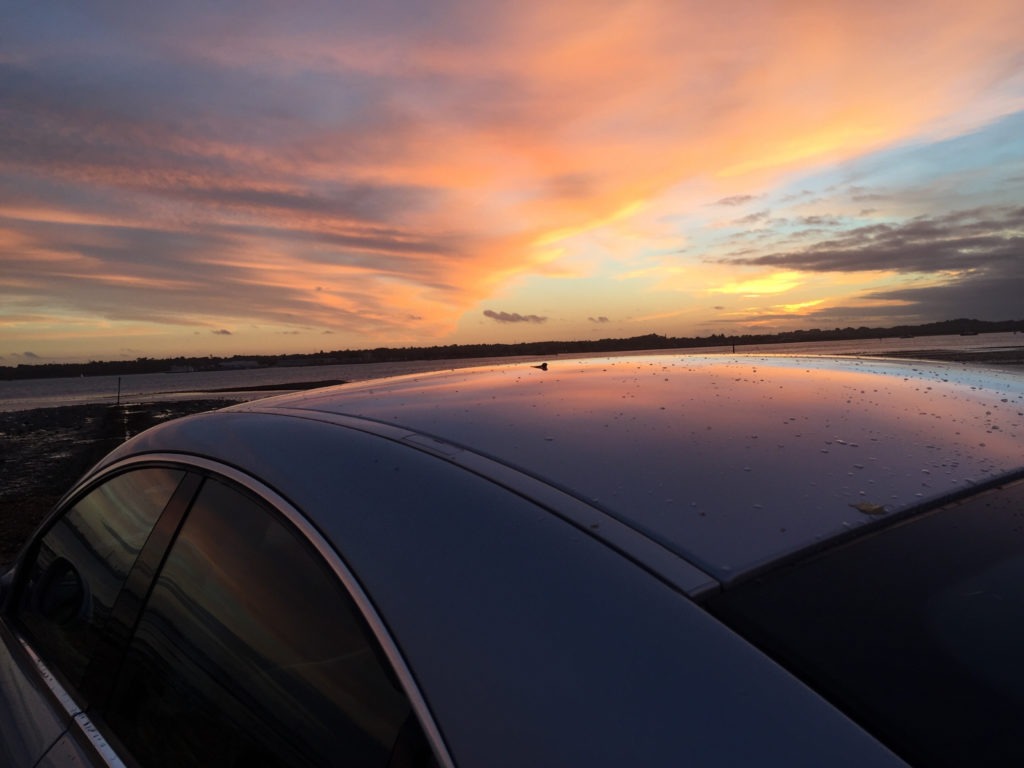 Used-car sales were greater in February than a year ago in most automotive markets, although this compares to a low base as COVID-19 restrictions were in effect. In conjunction with ongoing car-supply constraints, residual values (RVs) enjoyed modest growth, except for stability in the Spanish car market and lower car prices in the UK.

Following Russia’s launch of military action in Ukraine on 24 February, fuel and gas prices have risen sharply, which is adding to the inflationary pressure on household budgets across Europe. Furthermore, the sanctions imposed on Russia will also have economic implications, which will put pressure on new-car markets and may entice more automotive consumers to switch to used cars.

The situation is already disrupting automotive supply chains, with several car manufacturers announcing plans to suspend or halt production. This threatens to derail the anticipated recovery of new-car supply and, in turn, stock levels of used cars. RVs could therefore rise further, but this also assumes used-car demand is unaffected.

The Austrian used-car market continues to be underpinned by stable demand and low supply. On average across all passenger cars aged two-to-four years, last month’s supply volume was 8.6% lower than in February 2021, highlights Robert Madas, Eurotax (part of Autovista Group) regional head of valuations, Austria, Switzerland, and Poland. This also compares to a low base in 2021, when vehicle supply was already significantly lower than in 2020.

Diesel cars in particular are missing from the market, with a drop of almost 20% compared to February 2021. The supply of petrol cars has increased year on year but remains on a low level compared to market activity. The supply of all hybrid types and battery-electric vehicles (BEVs) has increased as well, but market activity shows strong demand for these vehicles, leaving the supply somewhat short.

This environment has led to the greatest growth in RVs of 36-month-old cars among the seven countries covered in the monthly market dashboard. They have risen by 11.9% year on year, with cars retaining 47.9% of their list price on average. Petrol cars are currently leading with a trade value of 49.1%, followed by HEVs (48.4%) and diesel cars (47.6%). 36-month-old BEVs are the lowest with 40.8% value retention.

Madas assumes that the market parameters will not change in the medium term, because new-car registrations are still markedly lower than before the COVID-19 crisis (2021 was down 27% compared to 2019). Due to this undersupply, RVs for three-year-old passenger cars are forecast to rise again this year and the RV outlook has been upgraded to 3.5% growth. Only when the new-car market picks up significantly, and volumes on the used-car market also increase, are values likely to come under pressure. This will probably not be the case before 2023.

There was a significant increase in the sales-volume index in France in February, with growth of over 25% compared to a year ago. In sharp contrast, the market-volume index reveals that supply was 20% lower than in February 2021. Furthermore, list prices are 2.3% higher due to the introduction of a weight-based car-registration tax and changes to the malus (penalty) on 1 January, which now applies to all cars with CO2 emissions over 128g/km.

These factors combined to result in higher RVs, which average 6.5% higher in value than a year ago and are up 4.1% in terms of value retention (RV%). ‘The healthy month-on-month increase in BEV RVs in February goes against the trend of recent months and suggests a better acceptance of BEVs on the used-car market, which may be confirmed in the coming months,’ noted Ludovic Percier, RV and market analyst, Autovista Group France.

RVs of PHEVs also rose, linked to the increase in car list prices, and sales volumes are growing every month too, although they remain low in absolute terms. HEV RVs were stable last month but are at a high level, especially in absolute car-price terms. Toyota, which sells mostly to private car customers, dominates the sector. Buyers are favouring hybrids over petrol cars so they can access city centres, but at significantly lower prices than for PHEVs. Despite the higher selling prices on the used-car market, HEVs are also selling slightly faster than petrol cars.

Nevertheless, RVs of petrol cars remain stable, albeit following rises in previous months. Diesel-car values increased slightly compared to last month as the fuel type is still popular on the used-car market, with reduced supply, but this is also related to the hike in list prices.

Given the latest developments, the RV outlook for France has been revised upwards, with 1% growth forecast for 2022 and a modest uptick expected in 2023 too.

Despite hardly any COVID-19-related restrictions, January was the worst month for fleet and tactical new-car registrations in Germany for at least 20 years, and was comparable to lockdown-driven January 2021, highlights Andreas Geilenbruegge, head of valuations and insights at Schwacke (part of Autovista Group).

‘Due to the ongoing supply crisis, undersupply in the used-car market will continue, which will determine the available volumes of cars of different ages and thus cause favourable car-pricing power in the coming years,’ Geilenbruegge surmised.

The availability of three-year-old petrol cars is comparatively stable in Germany due to the strong fleet year of 2019. This ensures less pronounced price increases than for diesel cars, supply of which is well below demand.

In the case of PHEVs, there has recently been a ‘stabilising adjustment’ in the online car-retail prices of dealers. ‘Offer prices for older cars exceeded sales prices to such an extent that the dealer’s desired price could increasingly no longer be achieved by potential buyers. We expect a similar levelling effect on young used PHEVs. This is a situation that has not been seen for a long time with internal- combustion-engine vehicles,’ commented Geilenbruegge.

The first half of 2022 is likely to remain a seller’s market for most used cars, with further slightly weakening tendencies for PHEVs and a ‘wait-and-see scepticism’ for the further development of BEV prices.

As the country awaits information about when and how incentives for the purchase of new cars will be reintroduced, RV growth slowed in Italy in February, remaining broadly stable compared to last month, explains Marco Pasquetti, forecast and data specialist, Autovista Group Italy.

This situation applies to all car fuel types, except for BEVs, RVs of which grew by 2.5% last month compared to January. Sales volumes of BEVs are up 150% year-on-year, far exceeding the growth in the volume of advertised vehicles, which rose by 46.1%. Accordingly, stock days remain high – at 89 days compared to a market average of 51.8 days – and have increased by 10 days compared to last month. Pasquetti expects this trend to continue throughout 2022.

HEVs are the fastest-selling cars in the country. At less than 48 days, this is almost three days fewer than a month ago and broadly in line with 2021. The situation is different for PHEVs, however, which remain in stock for an average of 71 days, up 34 days on last year.

Diesel engines are still very popular on the used-car market, retaining an average 52% of their value after 36 months and 60,000 km. ‘It is worth highlighting that the volume of adverts for diesel cars has decreased considerably, with 24.5% fewer last month than in February 2021,’ Pasquetti added.

2021 closed with a further uplift in used car prices, which has accelerated since the beginning of 2022 due to price inflation caused by the end of the six-month moratorium on car-registration taxes. The higher car-registration tax has increased list prices of new cars by 4.5% on average, affecting almost half of the models on the market, explains Ana Azofra, Autovista Group head of valuations and insights, Spain.

This price inflation is also reflected in the used-car market, whereby the average purchase price of a three-year-old car stood at €17,381 in February. This is almost 7% higher than a year ago, with large differences depending on the powertrain. ‘The biggest beneficiaries in this maelstrom have been petrol cars, which are 13% higher. They have also continued to see their stocks dwindle but not as much as diesel cars, of which the volume of adverts is almost half of what it was in February 2021,’ Azofra commented.

HEVs, which were more stable in 2021, have made a strong start to 2022 too, with the highest month-on-month RV growth. Three of the five fastest-selling cars in February were Toyota hybrid models, representing different segments.

The lack of car stock continues to cause an improvement in selling days, which averaged 1.2 days fewer last month than in January. Although RVs continue to rise, they appear to have peaked showing signs of a tendency towards stability. ‘Many car dealers are starting to have difficulties, having bought at a high price during the maelstrom, and are now finding it difficult to maintain a high retail-price level,’ Azofra concluded.

For one and a half years, the Swiss used-car market has been characterised by stable demand and low supply and, therefore, rising used-car prices. On average across all two-to-four-year-old passenger cars, the supply volume in February was 9.2% below the level compared to a year earlier, emphasises Hans-Peter Annen, Autovista Group head of valuations and insights, Switzerland. Annen adds that the supply was already significantly lower early in 2021 than at the beginning of 2020.

Diesel cars are especially missing from the market, with supply 29.1% down compared to February 2021. For petrol cars, there are currently 1.6% more two-to-four-year-old examples offered than a year ago, and for hybrids of all types, market activity is particularly high in relation to the supply available. For BEVs, supply is far higher than a year ago (up 21.7%) but still significantly lower than demand, notes Hans-Peter Annen, Autovista Group head of valuations and insights, Switzerland.

The average days to sell rose slightly last month: a passenger car aged two to four years is currently in stock for 62 days. Petrol cars are selling quickest with an average of 59 days, followed by HEVs with 63 days, diesels with 66 days, BEVs with 73 days, and PHEVs with 86 days.

Car supply will be a key factor in the future development of RVs. As new-car registrations are markedly lower than before the crisis (2021 was down 23.4% compared to 2019), Annen assumes that market parameters will not change in the medium term. RVs of three-year-old used cars are forecast to rise 4.7% this year, before eventually stabilising and declining over the years 2023 and 2024.

The average RV of a three-year-old car in the UK was 1.4% lower last month than in January yet remained 41.9% higher than in 2021. ‘As Glass’s predicted last year, car values in the UK are stabilising, no longer experiencing demand-driven monthly increases. In fact, whilst the UK’s car-auction market continues to achieve strong hammer prices, sales are converting at a much lower rate than vendors would normally expect in February,’ explained Jayson Whittington, Glass’s (part of Autovista Group) chief editor, cars and leisure vehicles.

Whittington added that subdued activity of this nature ordinarily points to a change in the supply and demand dynamic. There has not been a noticeable influx of used cars into the market recently, as reinforced by the active-market volume index, which shows that the volume advertised for sale on dealer forecourts in February was about 20% lower than a year ago.

It also took dealers over one week longer on average to sell a used car in February than in January. ‘Dealers could sell a car 4.5 days quicker than in February 2021, but we need to remember that the UK was enduring a period of lockdown then. It seems a fall in retail demand is the likely cause of lacklustre used-car activity,’ Whittington concludes.

The outlook for RVs remains positive despite the subdued start to the year. They will need to fall significantly to lose the ground made throughout 2021, and that seems extremely unlikely with the ongoing prospect of restricted used-car stock supply.

Used-car sales were greater in February than a year ago in most automotive markets, although this compares to a low base as COVID-19 restrictions were...

Sales of used cars in a number of European markets grew in January 2022 compared to a year ago. In the UK, activity was stable...