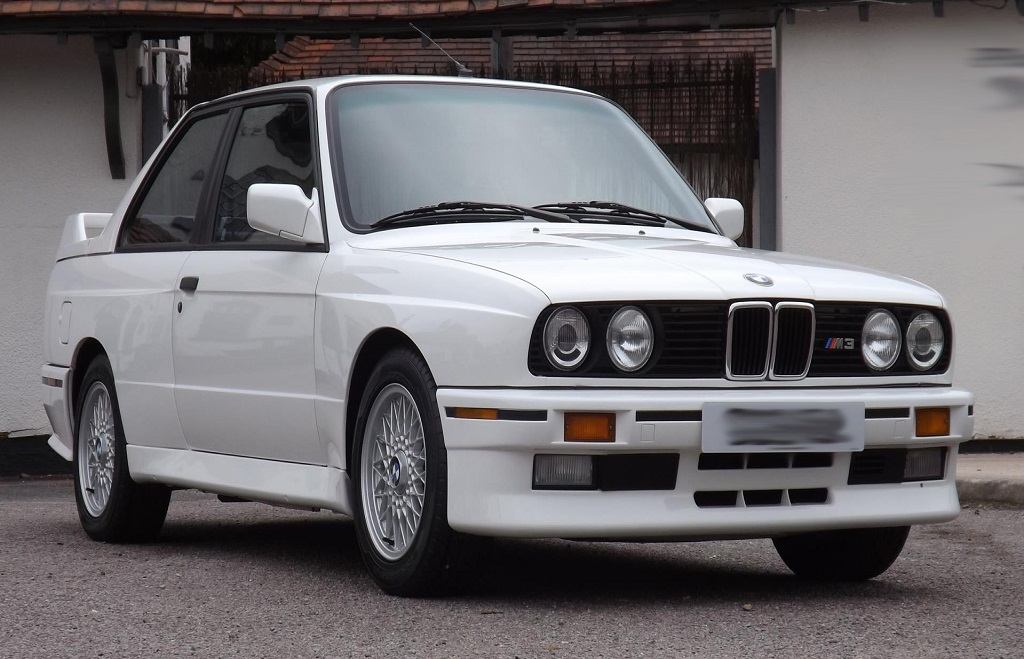 The M3 is a high performance variant that sits at the top of BMW’s 3-Series range. Developed and built, at least partially, by BMW’s M division, it has been available as a two and four door saloon, coupe, and convertible, although with the launch of the 4-Series the latter two body styles were renamed M4. Compared with the rest of the range, the M3 has engines that are more powerful, upgraded brakes and suspension, enhanced aerodynamics, special lightweight components and M-specific interior elements. Like most cars, the 3-Series has grown somewhat over its seven generations, and the M3 has followed suit:

Fortunately, the M3’s power output has more than kept up with the weight increase, resulting in much improved performance figures over the original car. However, simple performance statistics are not the only important factor with a car of this type, and some enthusiasts bemoan the effect of the weight gain on the driving experience.

The E30 M3 was the first M3, and regarded by many as the ultimate iteration. It was launched in 1985 as a homologation model to enable BMW to race in Group A Touring Cars, which required participating cars to share key components with a road car of which at least 5,000 variants had been produced. It had extended rear wheel arches to allow for the wider tyres required for racing and a raised boot lid to improve aerodynamics. This necessitated a change to the angle of the rear window, which, along with the windscreen, was bonded to the body shell to aid rigidity. These changes contribute to the fact that most body panels are unique to the M3 – sharing only the bonnet, roof and door panels with the rest of the E30 range. The interior was closer to its lesser siblings, with a unique M steering wheel and gear knob, an M3-specific instrument cluster, and a more deeply contoured rear seat.

Unsurprisingly, BMW Motorsport specially built the engine. Designated the S14, it was a 4 cylinder 16v naturally aspirated 2.3L unit producing 200hp, and whilst this does not sound a lot by today’s standards, it was fitted in a car that weighed only 1,200kg. The gearbox was also special – a close ratio 5 speed box with a dogleg first gear – and it transmitted the power to a limited slip differential. Whilst sold in right hand drive markets such as the UK and Japan, it was only ever available in left hand drive. There were very few mechanical changes during the car’s production run – most were in conjunction with special editions:

The E30 M3 is one of the cars that has really benefitted from the recent growth in values of cars of this type. A few years ago, it was possible to buy a good example for around £10,000 – today, that same car is probably worth £40-50,000. Condition, originality and provenance are key, with age and mileage largely unimportant, and whilst a typical example will cost around £40-50,000, the better examples are closer to £60-70,000. A particularly rare edition such as the Tour de Course will cost twice that if you can find one.

The E30 M3 is firmly established as a classic icon, and many see it as the purest interpretation of a driver’s car. No assistance systems, a manual gearbox, a light body and a responsive, agile chassis make it a great car to drive – it is civilised enough to be used as an everyday car, but really comes into its own on twisty roads or racetracks. The ideal car for a weekend trip to the Nurburgring or a Spa track day.