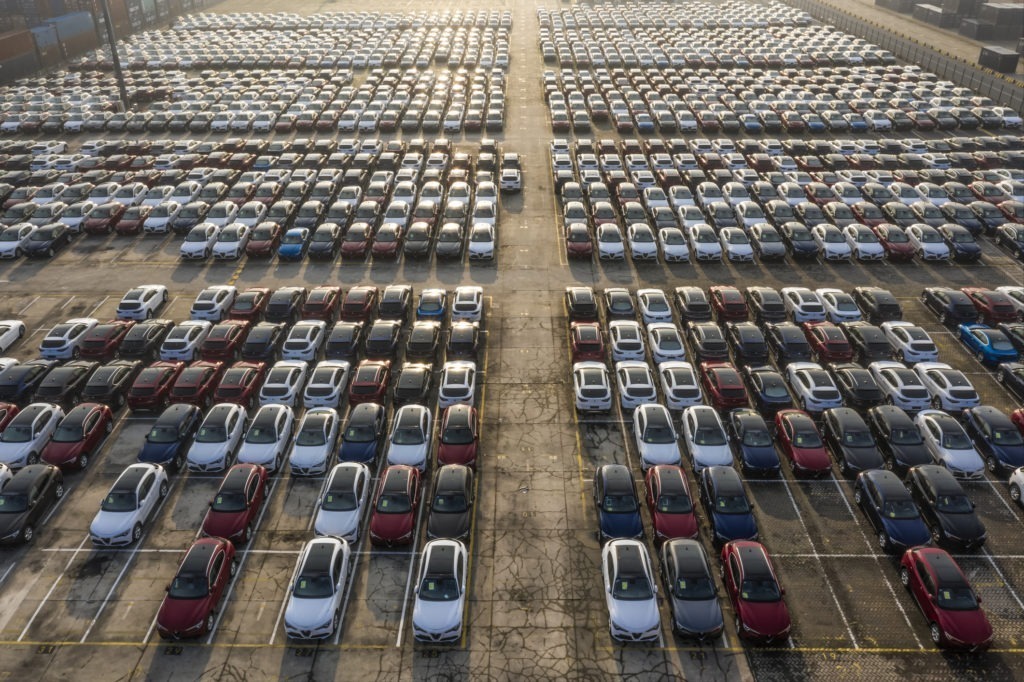 New-car registrations in France, Italy, and Spain declined by about 30% in November, compared to 2019. This initially suggests a modest improvement when reviewed against October but, adjusted for working days, the downturns were slightly more severe. The shortage of semiconductors continues to disconnect orders from registrations, but the resurgence of COVID-19 cases and concerns surrounding the new Omicron variant are impacting underlying demand. Accordingly, Autovista24 has revised its forecast for all three markets further downwards.

As registrations across Europe endured troughs because of COVID-19 lockdowns and peaks as pent-up demand was released, year-on-year comparisons with 2020 are incredibly volatile. Therefore, this article focuses on the latest developments compared to 2019, which better represent the true performance of new-car markets.

France 25% down on November average

According to data released by Plateforme Automobile (PFA), the French automotive-industry body, 121,995 new cars were registered in the country in November. This is 25% lower than the average of 163,000 new cars registered in the month between 2010 and 2019. Compared to two years ago, the market contracted by 29.4%, seemingly healthier than the 37.3% decline in October. However, there was an additional working day in November, and two fewer in October, than in 2019. On an adjusted basis, Autovista24 calculates that the market fell by 32.9% last month, compared to the adjusted 31.3% contraction in October.

In addition to rising COVID-19 cases, concerns about the Omicron variant, and the semiconductor shortages, the reduction in French incentives for electrically-chargeable vehicles (EVs) since 1 July has also impacted demand. Consequently, cumulative registrations in the first 11 months of the year were 25.1% lower than in the same period in 2019, subtly down on the 24.7% contraction in the first 10 months. The reduction of electrically-chargeable vehicle (EV) incentives has stabilised the market shares of both plug-in hybrids (PHEVs) and battery-electric vehicles (BEVs), at 8.4% and 9.3%, respectively. A further planned reduction of the incentives from 1 January 2022 has been scrapped, with the subsidies remaining in place until the end of June 2022. However, a €1,000 reduction in the incentives from 1 July 2022 onwards is being considered by the French parliament.

In Italy, industry association ANFIA has reported that 104,478 new cars were registered last month. Compared to November 2019, the market contracted by 30.8%, following a 35.7% fall in October. However, as in France, there were two fewer working days in October, and one more in November, than two years ago. On an adjusted basis, Autovista24 calculates that the market declined by 34.1%, more than the adjusted 29.6% contraction in October.

The Ecobonus incentives were resurrected on on 27 October but funding for BEVs and PHEVs ran out after a single day, and were exhausted for low-emissions vehicles on 3 November.

‘In addition to the prolongation of the semiconductor crisis, the total absence, in the current text of the 2022 Budget Law, of measures to address the ecological and energy transition of the sector is of great concern, as no funds have been allocated to support demand or supply,’ commented Paolo Scudieri, president of ANFIA.

The new-car market has further retreated from its cumulative 22.1% decline in the first 10 months of 2021 to a 22.8% contraction through to November. As Italy contends with rising cases of COVID-19 and vehicle supply is not expected to improve, Autovista24 has subtly reduced its forecast for 2021 down to 1.47 million units, equating to year-on-year growth of 6.5%. At this level, the market will be 23% smaller than in 2019. The Italian market is currently forecast to grow 8% year on year in 2022, nudging 1.8 million registrations The pace of the recovery depends on the impact of COVID-19, especially the Omicron variant, and whether purchase incentives are reintroduced.

‘It is essential to provide a structural plan at least over three years and with an adequate budget to avoid that Italy, in this delicate phase in which market policies are fundamental, is the only European country not to support consumers purchasing cars with zero or low emissions,’ Scudieri added. ‘We therefore welcome the presentation by various political forces of amendments to the Budget Law, which propose the refinancing of incentives in support of the demand for cars and light-commercial vehicles with low environmental impact.’

A total of 66,399 new cars were registered in Spain during November, according to ANFAC, the Spanish vehicle manufacturers’ association. This is the lowest tally for the month since 2014 and equates to a market contraction of 28.7% compared to two years ago. At first glance, this marks an improvement on the 37.2% downturn in October. However, there was an extra working day in November, and three fewer in October, compared to 2019. On an adjusted basis, the downturn was 32.1% last month, deteriorating from the adjusted 27.7% decline in October.

‘The data for November show that the the trend continues to be downward and even more so when we are comparing it with November of last year, which was a bad month. We do not stop being, therefore, a very depressed market,’ said Raúl Morales, communications director of the Spanish association Faconauto.

The reduction of car-registration taxes in the country since 1 July has been a positive influence for demand, but supply shortages have delayed deliveries. Compared to the first 11 months of 2019, cumulative registrations of new cars are down 32.9% as Spain also contends with rising COVID-19 cases and inflationary pressure.

There is some positivity, however, as order intake remains healthy despite the delivery delays and registrations are expected to receive a boost in December because of the planned rise in the vehicle-registration tax from 1 January 2022.

‘What does give rise to hope is that buyers have come to grips with the situation and are going to dealerships to make their purchase, even knowing that it will take longer than usual to receive their new vehicle,’ Morales commented.

Nevertheless, given the limited impact of the July registration-tax cut in Spain and the ongoing economic and supply issues, Autovista24 has revised its forecast for 2021 down to 852,000 units, equating to year-on-year growth of just 0.1%, even after the dramatic 32.4% contraction in 2020.

This aligns with the view of Ganvam's communications director, Tania Puche: ‘The market continues in free fall as a result of the pandemic and the microchip crisis. Everything indicates that it will close the year in the environment of 855,000 units.’

Registrations delayed from this year will naturally bolster the market in 2022, but cars will, rather unfairly, be subject to the higher registration taxes.

‘We estimate that an order book of more than 100,000 units has already been generated and will be converted into registrations next year. These 100,000 clients are going to be harmed by the increase in the registration tax on 1 January, so we insist on the need to extend it, also as a tool to regularise the market situation and move towards a more logical registrations level for our country and to advance the renovation of the parc,’ Morales concluded.

Mercedes-Benz has struck an agreement with the European Association of Mercedes-Benz Dealers (FEAC) to introduce an agency model in Europe. In what it says is...

The Renault Zoe has become the third car in history to be awarded a zero-star rating by Euro NCAP, following the latest round of safety...