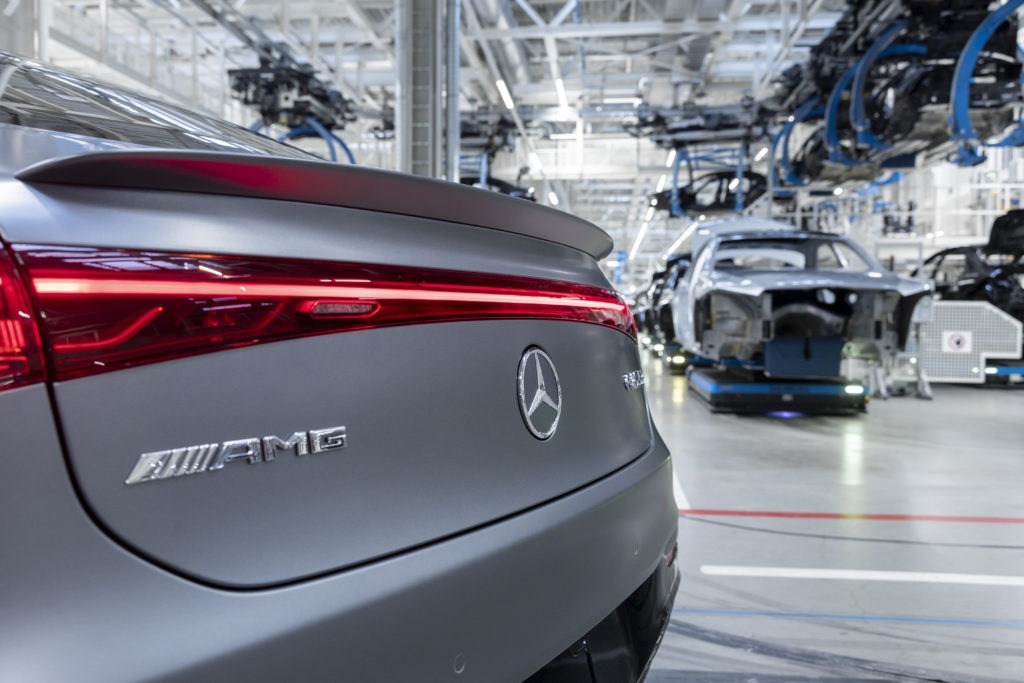 The agency model is already available in Sweden, Austria, South Africa, and India. The company is expecting to launch it in the UK and its home market Germany in 2023. It said this new sales model will focus on the seamless networking of all contact points, giving Mercedes-Benz the chance to engage in direct-to-consumer sales.

Agency models see dealers evolve from stationary sellers to agents that remain the physical touchpoint with the consumer. Under this model, the OEM becomes the retailer and as such the contractual partner. While dealerships remain central to Mercedes-Benz, the carmaker, and not the dealer, will conclude sales contracts with customers.

Meanwhile, dealerships only act as agents, receiving commission for their services. This in turn makes it easier for the manufacturer to bundle online sales and physical sales, with OEMs also being in a position to better control prices.

Mercedes-Benz told Autovista24 that the agency model would allow its contractual partners to focus on their core businesses, while the sales centre would provide more support in carrying out operational activities, such as distribution, invoicing and marketing.

Half of new cars sold under agency model

‘Our concern is that we achieve even stronger customer loyalty to our Mercedes-Benz brand worldwide. We have now reached an important milestone for us and our partners in Europe. The starting point for changing our sales model is the changed behaviour of our customers in a digital world,’ said Britta Seeger, Daimler (Mercedes-Benz is a business unit of Daimler) board member, responsible for sales.

‘The agency model supports us in seamlessly networking all contact points. We have ambitious goals we want to achieve together with our sales partners: by the end of 2023 more than 50% of new Mercedes-Benz vehicles available in Europe should be sold under the agency model.’

More manufacturers are rolling out agency sales models to their dealer networks, adapting to growing demand by customers switching between online and offline channels during the buying process. Last year, all Volkswagen retail partners agreed on a new sales model for the carmaker’s ID. family of battery-electric vehicles (BEVs). More recently, Stellantis confirmed it would start a restructuring of its European dealers’ network that is due to begin in 2023 and will involve its premium brands Alfa Romeo and Lancia.

A study by management consultancy Roland Berger found that agency models can act as a ‘golden mean’ between direct and indirect sales. This would then allow OEMs and dealers to benefit from a more centralised sales model, which altogether could decrease the cost of distribution for manufacturers by 1-2 percentage points in the short-term and up to 10 percentage points in the long-term.

Mercedes-Benz said its agency model would give customers more freedom to choose, offering them the option to exchange ideas with product experts in the dealership network, while also allowing them to conclude a purchase-contract online. It also gives consumers the opportunity to easily get in touch with sales partners both digitally and physically. Other advantages for customers include increased price transparency and a larger online selection of vehicles.

‘With this agreement we are creating a clear and predictable framework for European sales and, together with the manufacturer, proactively facing changed market conditions in order to continue to stay clearly ahead of the competition as well as to secure the investments and the company value for the agents in the future,’ said Friedrich Lixl, FEAC president.CompaniesRetail

A complete set of charging cables for electric cars is no longer a standard item with all models. Autovista24’s principal analyst Sonja Nehls looks at...