Ford and Volvo to pool emissions as recalls wreak havoc

As a journalist for Autovista Group's Daily Brief, Tom covers a wide variety of stories from across the automotive industry. From sales figures to the development of technology, he wants to know what is driving the industry. 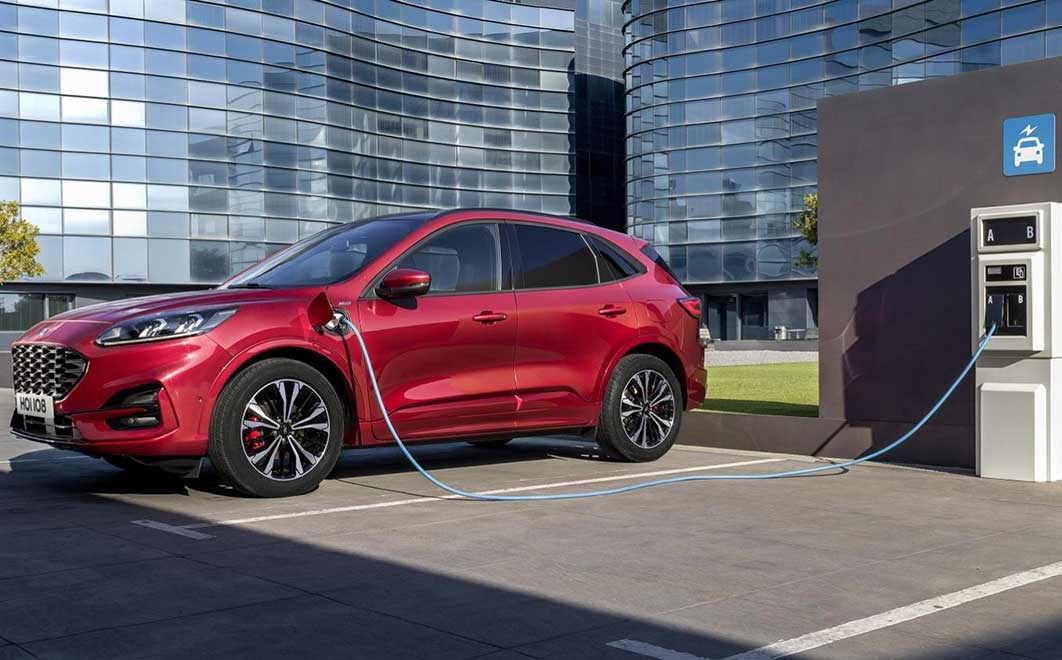 Ford will enter a pool with Volvo Cars to meet its 2020 European CO2 emissions target. The recall of the Kuga plug-in hybrid (PHEV) reduced the number of low-emissions models the carmaker could sell this year, impacting its fleet-average CO2 level.

But while Volvo Cars announced it was set to overachieve on this year’s targets, its subsidiary Polestar confirmed it is also initiating a recall. As safety concerns continue to plague electric vehicles (EVs) and shake consumer confidence, manufacturers will need to act decisively if they want to meet their respective emissions targets.

In August, Ford recalled and suspended sales of Kuga PHEVs built up until 26 June, after four vehicles reportedly caught fire. The problem was traced back to the potential for water to cause an electrical short, which could then lead to overheated battery cells. It was estimated that over 20,000 models could be affected. With the Mustang Mach-E not yet in showrooms, Ford lacks a mass-market EV, leaving it heavily reliant on PHEVs to meet its emissions obligations.

‘Ford always has, and will continue to meet, the EU’s emissions targets. Based on our product roadmap and production schedule for this year, we expected to comply with the new regulations, and this was still our intent with the COVID-related disruption to manufacturing,’ the carmaker said in a statement sent to Autovista Group. ‘However, given the current supplier battery issue with the Kuga PHEV, Ford now will enter a pool to meet the EU’s 2020 emissions regulations without penalty for passenger vehicles, just as many other OEMs have done in Europe.’

‘We recently declared our intent to join an open pool with other OEMs and can confirm we are doing so with Volvo Car Corporation,’ Ford added. ‘Conversely, as we anticipate over achieving our CO2 targets on light commercial vehicles, we have filed separately our intent to form an open pool so other OEMs can benefit from the positive CO2 performance of our light commercial fleet.’

At the end of October, Volvo Cars and its EV affiliate Polestar confirmed they would be able to reduce fleet emissions beyond their joint CO2 target. This left them with enough surplus to enter a pool with Ford, with the resulting revenue from the deal to be reinvested in new green-technology projects.

‘For Volvo Car Group, the future is electric and we are transforming our company through concrete action,’ said Håkan Samuelsson, chief executive of Volvo Car Group. ‘I am pleased to see that we are exceeding our CO2 reduction targets. It proves our strategy is the right one for our business and for the planet.’

PHEVs made up more than a quarter of Volvo Cars’ sales in Europe during the first three quarters of 2020. By 2025, the carmaker aims for its global sales volume to consist of 50% BEVs, with the rest made up from hybrids. Meanwhile, Volvo’s EV brand began deliveries of the Polestar 2 in July. But as Ford joins Volvo’s emissions pool, the Polestar 2 has climbed into the same boat as the Kuga PHEV, as it too hits stormy waters.

In a statement issued at the end of October, the BEV-maker confirmed it is initiating a recall as well as a service campaign of the Polestar 2. The recall will involve the replacement of faulty inverters on most delivered customer vehicles. This unit transforms stored energy in the battery into the power required by the electric motors. Polestar confirmed the total number of affected vehicles delivered to customers is 4,586.

Meanwhile, the service campaign relates to the high-voltage coolant heater, which is responsible for both cabin and high-voltage battery heating. The carmaker confirmed that faulty parts fitted to early production cars need to be replaced. The total number of affected vehicles delivered to customers is 3,150.

So, in the wake of the Kuga PHEV recall, Ford found emissions regulations relief in Volvo Cars, whose affiliate is now coming face to face with EV issues itself. As recalls ravage new EV models, carmakers must act quickly to ensure consumer confidence does not take too much of a nosedive. If public opinion takes a dramatic turn against PHEVs and BEVs, the potential for manufacturers to achieve their emissions targets will plunge.

How is electromobility changing fleets?

The automotive industry has been dominated by a few specific topics in the last year; from coronavirus (COVID-19) to electromobility and the advance of new...